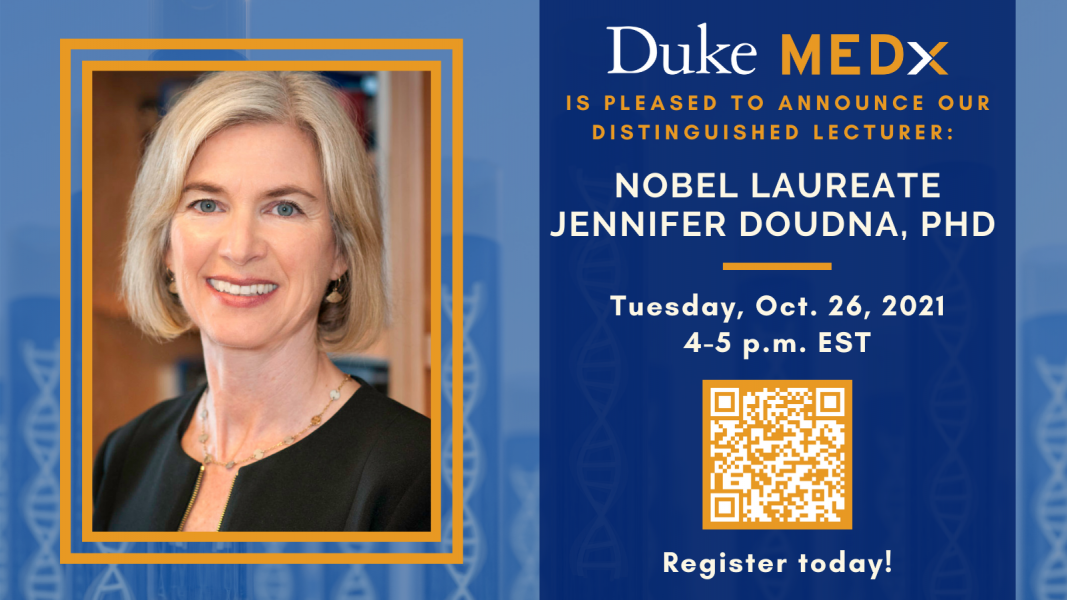 Nobel Laureate Jennifer Doudna, PhD is a member of the departments of Molecular and Cell Biology and Chemistry at UC Berkeley, the Howard Hughes Medical Institute, and Lawrence Berkeley National Lab, along with the National Academy of Sciences, and the American Academy of Arts and Sciences. Dr. Doudna won the Nobel Prize in Chemistry in 2020 for her work in developing a method for genome editing along with her collaborator and fellow Nobel Laureate Dr. Emmanuelle Charpentier.

The life processes of organisms are controlled by genes made up of sections of DNA. In 2012, Jennifer Doudna and Emmanuelle Charpentier developed a methodology for high precision changes to genes. They used the immune defenses of bacteria, which disable viruses by cutting their DNA up with a type of genetic scissors. By extracting and simplifying the gene scissors’ molecular components, they were able to make a tool that could be used to cut any DNA molecule at a predetermined site. The CRISPR/Cas9 gene scissors can lead to new scientific discoveries, better crops and new weapons in the fight against cancer and genetic diseases.