In recent years, the term CRISPR has entered the popular lexicon, although relatively few 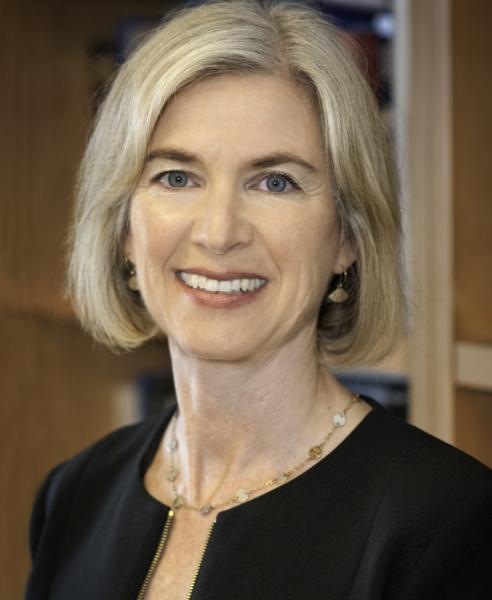 people could say what it stands for (“clustered regularly interspaced short palindromic repeats”). CRISPR — more precisely known as CRISPR-Cas9 — is a powerful genome editing technique that allows scientists to make changes to specific DNA sequences and thereby alter gene function. The CRISPR-Cas9 system has innumerable potential applications, ranging from improving crop yields to treating human diseases. With CRISPR-Cas9, there is the potential to modify genomic DNA in stem cells and even germline (sperm and egg) cells to address intractable human diseases.

Jennifer Doudna, PhD, professor of chemistry, biochemistry, and molecular biology at the University of California, Berkeley, is a leading figure in the CRISPR revolution. Her fundamental work and leadership in developing the CRISPR-Cas9 genome editing tool earned her and French microbiologist Emmanuelle Charpentier the Nobel Prize in Chemistry in 2020.

Doudna is this year’s speaker for the MEDx Distinguished Lecture, an annual seminar that highlights leaders who work at the interface of medicine and engineering and have had positive impacts on human health. Former MEDx Distinguished Lecture speakers have made major contributions in a number of areas of medical device development, including cardiac stents and retinal prostheses, but this year’s talk is the first to explore engineering the genome. She will deliver her talk, “CRISPR: Rewriting DNA and the Future of Humanity,” via Zoom on October 26 at 4 p.m. Registration is available here.

Many Duke scientists are using CRISPR in their labs and research to investigate gene regulation and function, potential therapeutics for genetic diseases such as Duchenne muscular dystrophy and cancer, and much more.

In advance of Doudna’s lecture on October 26, several Duke researchers were invited to ask her questions about her work:

Geoffrey Ginsburg, director of the Center for Applied Genomics & Precision Medicine and MEDx: Can you briefly describe how CRISPR is being used today, what its potential is in the next 5-10 years, and how we can expect it to change our world?

Given that CRISPR genome editing as we know it hasn’t quite hit its tenth birthday, it’s always astonishing to see how much has been accomplished in that time. There is always a lot of focus on the development of genome-editing therapeutics, but the greatest effect so far has been on life science research and our ability to understand the genetic basis for diseases and other genetic traits, whether it’s health related, or how a butterfly gets its colors.

The next 5-10 years will also bring surprises, but we’re at a tipping point right now where the preclinical work of the past nine years is transitioning into clinical trials, and the number is growing quickly. From just one or two in the past few years, we’re now seeing trials for congenital blindness, chronic infection, cancers, and more, not to mention a number of new rapid point-of-care diagnostics. The first CRISPR-edited crop just hit the market in Japan, and while the development of agricultural applications may take longer, their effect on hunger, malnutrition, climate change adaptation, and carbon capture will have a far greater impact on human health than any single new therapy.

Helen Streff, biomedical engineering PhD student: From your perspective, what are the most pressing ethical questions raised by CRISPR technology? As the technology has become more realistic to apply in the clinic, what factors should be considered in determining whether germline editing is appropriate?

The ability to edit the genome of living organisms brings up a host of ethical issues, but, to me, the most pressing issues are access and affordability. There’s a very real possibility that a transformative therapy gets developed but never reaches those who need it most, because it doesn’t fit a particular business model or because it can only be accessed by a privileged few.

Germline editing has both scientific and ethical hurdles ahead of it. For germline editing to ever be considered a viable option, it would first have to be proven safe and effective, which is not currently the case. It would have to be medically necessary and applied to a disease that isn’t well managed by other approaches or through somatic editing. Ethically, it raises many questions about what is medically necessary, and who gets to make that decision. There may come a time when it would be considered unethical not to use germline editing to treat a disorder, but for now the vast majority of diseases can be addressed in other ways, and we can help the most people by focusing on developing somatic cell editing therapies, which is our focus at the Innovative Genomics Institute (IGI).

Charles Gersbach, director of the Center for Advanced Genomic Technologies: Advances in technologies to treat disease are outpacing the abilities of our health care system to provide them to those with the most need. What should be done to ensure equitable access to curative therapies based on genome editing?

This is a key point. Take the example of sickle cell disease: the first wave of clinical trials on CRISPR-based therapies is looking quite promising in terms of safety and efficacy, but right now the procedure costs in excess of $2 million per patient. The procedure itself can only be performed by a small number of experts at a handful of hospitals worldwide. So I’m thrilled about the progress, but we don’t yet have a cure that meets the needs of the vast majority of people in the world who suffer from this disease.

The positive news is that there are at least half a dozen different CRISPR-based clinical trials in the pipeline for sickle cell disease, and these are coming out both for-profit companies and nonprofits like the IGI and the UC Consortium where the explicit goal is to develop an accessible, affordable cure. That level of interest can’t be repeated for every disease, particularly rare and neglected diseases, so it’s critical that the research community develops therapeutic approaches and delivery modalities that cut across multiple diseases, so that we can accelerate both the development of new therapies and the path to affordability across the category.

MEDx (Medicine + Engineering at Duke) works to enhance existing ties and foster new interdisciplinary collaborations between the School of Medicine and Pratt School of Engineering. The partnership fosters the exchange of ideas and creates research opportunities between physicians, engineers, computer scientists, researchers, and innovators. Learn more at medx.duke.edu 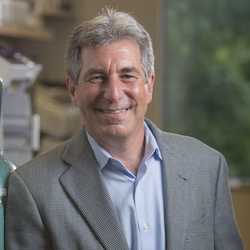 Geoffrey Ginsburg, MD, PhD, is the director of MEDx and the Center for Applied Genomics and Precision Medicine and a professor of medicine. He is interested in the development of novel paradigms for developing and translating genomic information into medical practice and the integration of personalized medicine into health care. 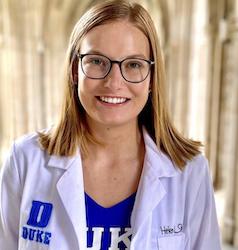 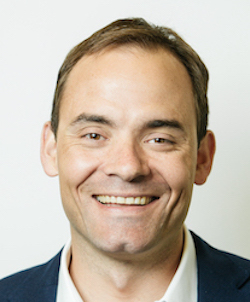 Charles Gersbach, PhD, is the director of the Center for Advanced Genomic Technologies and John W. Strohbehn Distinguished Professor of Biomedical Engineering. His lab is dedicated to applying innovative methods in molecular and genetic engineering to regenerative medicine, treating genetic disease, and enhancing our understanding of fundamental biological processes.